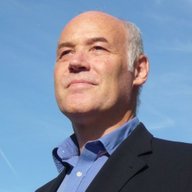 Philip Wolfe MA FRSA FEI has over 30 years experience and an international reputation in the renewable energy industry.

A first class Cambridge engineering graduate, Philip has broad management and marketing experience in various manufacturing and engineering industries. He led Lucas Industries' solar business from the mid 70's and then negotiated their joint venture with BP, becoming the first Chief Executive of what became BP Solar.

In the early 1980’s Philip Wolfe left to lead a small group of private investors in setting up Intersolar Group. He was Chairman and Chief Executive while it expanded its business from industrial systems engineering into product marketing and thin film solar cell manufacturing. From 1993 to 2002, when its assets were sold, the Group was the sole UK manufacturer of photovoltaic cells.

Since the establishment of WolfeWare in 2003, he has been involved in its wide range of activities, including as Director General of the Renewable Energy Association from 2003 to 2009, overseeing the successful campaign for Feed-in Tariffs and the Renewable Heat Obligation. He has served on the Boards of other European and British industry associations, and on bodies advising ministers, the European Commission and the British Government.

He wrote the first book on utility-scale solar power, which was published by Routledge in 2012 and has many other publications on the application of renewable energy technologies. He has lectured at universities, presented at conferences worldwide and featured on television and radio.

Philip Wolfe has four grown-up children. He plays tennis, enjoys skiing and sailing, now only watches rugby. His home (where the WolfeWare office is also located) is powered by renewable heating and power generation.

Alison started in the renewable energy industry in the mid 1980's when she joined Solapak Ltd. She had previously been awarded a degree in business studies and worked in project management for John Brown Engineering in Glasgow.

During her time at Solapak she progressed into Contract Management supplying engineered photovoltaic systems to professional customers mainly for use in the Middle East, Africa and South America. Alison managed the division handling sales for telecommunications. After a four-year break to bring up her two children, now in their teens, she returned to this post and then moved on to manage the government-supported R&D projects for Solapak's parent company Intersolar Group. 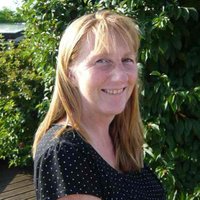